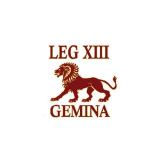 Yesterday I had the priviledge to be part of CMIYC drive and further more, we were treated with the presence of 8 Marshals. Coupled with the fact that only 4 Newbies showed up, this felt like a VVIP drive. grin

The weather was good, thankfully and we even drove on some wet sand due to the rain that occured earlier in the day.

) but just an assesment of our skills during moments of pressure and speed.

The first lead was done by @Booy and @Rathica was the first second lead followed by myslef, @mpodroid and @Giovanni

We started with the small dunes next to Fossil Rock, did a few climbs on the soft sand leading up to the drop between the rocks and then I got to be second lead with @Rashidjass leading. We did the Fossil Rock drop and then moved on in the direction of Al Faya, side-cresing and enjoying all the way.

After reaching Al Faya the bigger dunes helped change the tempo and it was amazing to drive behind Rashid on the wet sand and beautiful dunes.

Shortly after, the lead changed again to @alshamsi_m followed by @mpodroid and at this point I was thinking that all the Marshals will take turns in putting our skills to the test

We continued to play in the area until the sunset and we were treatred to some extra time by the gracious @Rashidjass who took us on the crests of the biggest dunes.

I was a bit anxiuos about this drive from reading the past trip reports but honestly it was amazing fun and a very valuable lesson in desert driving from the best teachers.

Many, many thanks to all the marshals and newbies present yesterday and I hope to see you all soon in the sand. 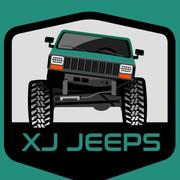 4 Newbies and 8 Marshals so we knew that we were being carefully and safely watched by : @Booy, @Rashidjass , @Solmaz , @Scorpio , @presa , @baris , @alshamsi_m and @Agalon

I got the first 2nd lead, led by @Booy, followed by @Sorin , @mpodroid and @Giovanni with @Rashidjass and @alshamsi_m putting the Newbies through our paces.

The weather was beautiful and driving through the sunset was amazing.

During the briefing, we were told that it was just another drive but we were all psyched to be able to be invited for the CMIYC drive.

We started the drive fast paced through a technical area with rocks and really soft sand. On our first stop near Fossil Rock, we were advised to check our tyre pressure due to the very soft sand. Some places also had wet sand due to rain and later due to dew

We played around Fossil Rock, Camels Rock and Al Faya. Through out the drive we were challenged with side slopes, crests, switches and straight cresting. The size of the dunes increased and were glorious.

with a proper warning about the fateful last 10 minutes

"Catch me if you can": seriously?!?!
It immediately sounded as a challenge: I got excited and - at the same time - a bit anxious. I spent the week waiting for the drive, counting the hours.

We reached the meeting point and 8 - eight - marshals were there. I tought, "ok, this is serious". @Booy gave us the briefing, but clarified that it was not a race nor an exam, just an assessment of the skills we developed so far. Not enough to get relaxed

@alshamsi_m reminded twice: "keep distance, keep longer distance than usual". Ok, ok, don't worry. BTW: how do you know which is the right distance? 4-5 car? yes, but it is difficult to evaluate it in the sand, on the dunes...

The format is simple: each of the newbie member gets the second lead role for 10 minutes, then we rotate.

@Rathica was the first behind @Booy, who had a problem with the flag pole.@Rashidjass took over the role of the leader and then @Sorin and @Giovanni had their 10 minutes of stress

It was my turn to get the second lead, when @alshamsi_m took the lead: I did not know if it was good or bad for me, but I followed.
I was expecting a very fast 10 minutes, but no, not that fast and I relaxed and starting thinking: "is this your best? I was expecting something more...."

That's the time! I was keeping the pace, but not the proper distance and @alshamsi_m decided to practice a new methodology to teach me which is the proper distance: side cresting and - just after crossing the dune - he immediately slowed down, almost braking. I had to hit the brake and got stuck on the crest: wheels spinning. Luckily I have been able to get myself out: low gear, reverse right&left and I was out.

So, which is the right distance? simple and easy: enough meters to not get stuck on a side crest if the evil driver in front of you wants to teach you something new

It has been a very fun drive. Short video at https://youtu.be/8DlYTYXknrI
Hope to have a new one soon.

Thanks all the marshals.
Marco
"If you don't mind where you are, you are not lost"
Top
Post Reply
4 posts • Page 1 of 1